We’re sorry, but you are not eligible to access this site.

If you believe you received this message in error, please contact us for assistance.

You are now leaving Hasbro.com

Hasbro does not control and is not responsible for the availability of, or content on, linked third party websites. 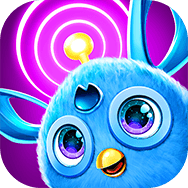 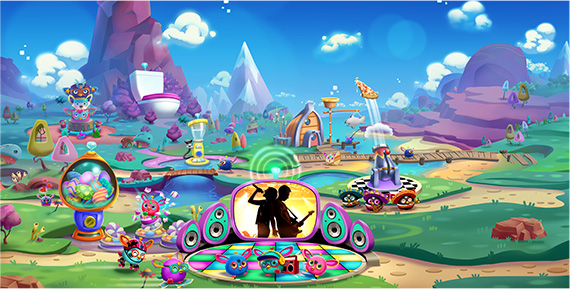 Connect to a virtual world of surprises with the Furby Connect World app!

• HATCH super cute virtual babies… Furblings! Over 60 adorable Furblings to discover!
• CARE for your Furblings by feeding, cleaning, and healing them in order to level them up and reveal their hidden traits in the app.
• COLLECT over 100 different items you can use to take care of your Furblings.
• GROW your peaceful virtual Furbling village into a busy Furbling paradise over time!
With your Furby Connect toy (sold separately), in the app you can also…
• NAME your Furby Connect and watch it remember its name!
• HELP Furby Connect learn song lyrics and new phrases by watching videos with it at the virtual Movie Theater! (Content changes over time.)
• FEED your Furby Connect with virtual food using the app to find out what it likes! Furby Connect likes different things!
• LAY over 60 different virtual Furbling eggs!
• DISCOVER what happens when Furby Connect uses the toilet in the app!
• PLAY with Furby Connect as it talks about what happens in its virtual world!
NOTE: The Furby Connect World app is only compatible with the Furby Connect toy (sold separately) and is not compatible with prior apps or other Furby toys. You will need to enable Bluetooth on your device to connect the toy to the app. 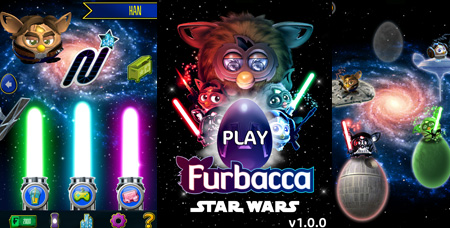 Owners of the FURBACCA toy (sold separately) can perform these heroic virtual activities with the app:

NOTE: FURBACCA toys are sold separately. Previous generation FURBY products are not compatible with the Furbacca App. Continue to use the appropriate app for your FURBY or FURBY BOOM toy.

NOTE: iOS device must be running iOS 7.0 or later.

The FURBACCA app is subject to the App Store terms and conditions. Check Furby.com for details. Make sure your device supports this app before downloading. Other devices may be compatible but are not supported. Updates affect compatibility.

ADVICE TO PARENTS
The FURBACCA app requires an Internet connection (3G, 4G, LTE, or WiFi) for download, updates, and access to certain information such as the User Agreement. Kids, ask a parent first before downloading.

Hasbro and all related logos are trademarks of Hasbro, Inc. © 2015 Hasbro. All Rights Reserved. 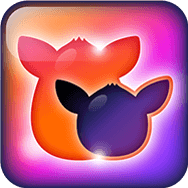 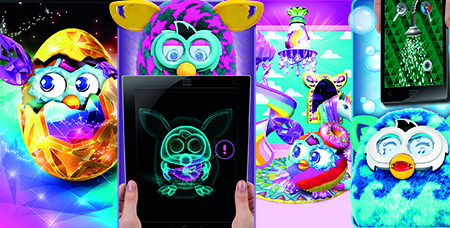 "Thanks for your interest in FURBY BOOM! The FURBY BOOM app is compatible with iOS 4.0 – iOS 10. At this time, there are no plans for additional updates. For inquiries or more information, please visit https://corporate.hasbro.com/en-us/consumer-care"

Which Android devices will the Furby Boom app work with?

Keep your Furby Boom happy and healthy by using the app to virtually feed it, clean it and even give it an X-ray! The app's monitor will let you know what your Furby Boom needs.

Furblings have more fun with the new app

Simply place your real Furbling next to the new Furby Boom app, tap your Furbling's head and POOF! The real Furbling unlocks bonuses within the app.

A new generation is hatching

When you take care of your Furby Boom, it becomes ready to take care of something too - that's when you get a virtual Furby Furblings egg! With the app, you can help Furby Boom hatch its eggs, and collect more virtual eggs from friends with a Furby Boom. Look out for virtual eggs in other places too. You never know where they'll turn up!

Get the golden egg!

When you collect and hatch all of the 48 Furblings in Furbling City, you win the Golden Egg, but that's all we're allowed to say about that. Download the app to start collecting! 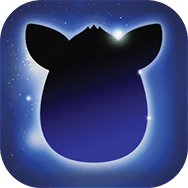 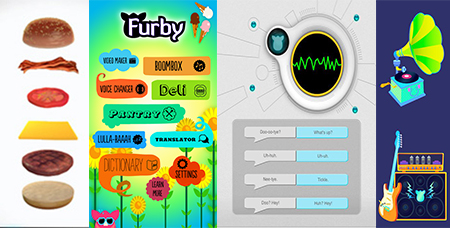 Have a 2012 FURBY? If so, you can do even more using this FURBY app with your FURBY. Feed your FURBY an incredible variety of food or hear your FURBY’s Furbish translated in real time when it speaks.

Don’t have FURBY yet? Use this FURBY app to browse the FURBY Dictionary, and read or press to hear Furbish words said aloud.